One of the most envied eye colors, makeup for green eyes is really meant to set them off in the best light, to let their natural sparkle shine through.

A common misconception is that using the same eye makeup techniques for blue eyes will work with green eyes, but there are in fact different shades that are a much better idea.

Green sits on a different end of the color spectrum than blue does, and since it's best to use colors or tones on the opposite side, this means that the ideal makeup tones are different.

Purple and maroon are a good match for green eyes, for example, while these are generally avoided in those with blue eyes.

One color that people with green and blue eyes can wear equally is brown. Any earth tones, such as brown or gold, are great ideas for makeup for green eyes.

Chocolate browns, or dark greens with copper and gold highlights can be a top choice for people with green eyes, because they bring out the sparkle or gold undertones in the eye itself.

By using a layering effect with your eye shadow, you could combine several different shades and blend well for best results.

A light green or gold highlighter, for example, will set off a richer shade of chocolate brown on the lids. Eyeliner pencils can be used in a similarly vast array of different shades and styles.

If you have hazel eyes, you can follow these same rules for makeup for green eyes, because the tones are close enough.

However, because those with hazel eyes have a richer touch of brown or gold in their eyes, wearing a plum or eggplant shade may be preferable to choosing deeper browns.

There is also perhaps no color of eye that looks better with metallic shades than green and hazel eyes. Copper, gold, and bronze are all flattering choices.

For the top makeup for green eyes, you need to think about eye shadow, brow color, eyeliner, and mascara.

Eyeliner and mascara, as well as the brow color, will be the frame for your eyes, so these are important to pay extra attention to.

When you are choosing the best color palette for your green or hazel eyes, there are also some colors that you may want to avoid.

Light and dark blues, pinks, or purples with blue undertones don't do green eyes as much justice as metallic colors or earth tones. 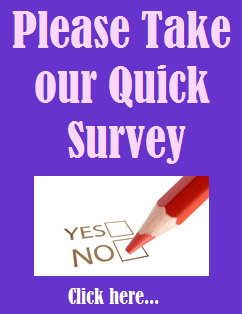 More on this Topic: